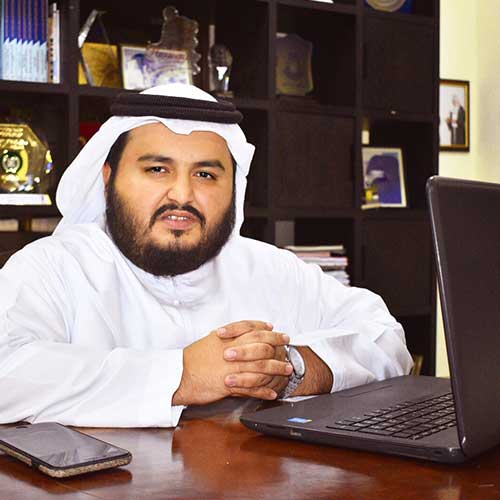 Raised and educated in the UAE. completed full memorization of the holy Quran at the age of 10 graduated high school from the Islamic School for Training and Education – Dubai and Obtained a Diploma in Islamic Finance from Dubai Islamic bank. He started teaching Arabic in 2005 at the age of 15 along side working for the Islamic Foundation for Training and Education in the office of the chairman Mr. Saeed Bin Ahmed Al Lootah as a secretary of general administration for Dubai Pharmacy College and Dubai Medical university for girls.

He also worked as a full time class teacher at the Islamic School for training and education specializing in teaching the Arabic skills for illiterate adult Arabs and international non-Arabic speaking students. He helped many international students who desired to continue their education in the UAE and many employees who desired to work in the UAE and different Arab countries.

Being that he himself is a linguistic with ability to speak, read and write multiple languages he was appointed the director of the language center which teaches most common languages in the region such as Arabic, English, Urdu, Farsi and French.With the long time experience gained he managed to design a unique syllabus for learners to achieve their goals to fit in the society by learning Arabic in a very short term.

Upon completion of the course, majority of students were able to apply the basic Arabic language skills (reading, writing, listening and speaking) to their daily communication channels and with the ability to communicate in various languages he is able to communicate comfortably with people of different nationalities in their languages. He has also translated a number of books into different languages receiving many certificates of participation and awards from government and non-government bodies on several occasions not to mention his own developed short time Arabic language books for non-¬native speakers.

Under his leadership over the language center he gave many lectures to many employees of different career levels and signed many contracts with local and international companies to teach their stuff what they saw to be the best and most convenient method for learning Arabic in a short time saving them time and money.